Situated on the border of the Selous Game Reserve, Iluma has the potential to host the full array of East Africa’s game, but what would our biodiversity survey reveal? Would this Wildlife Management Area (WMA) protect these animals and allow them to flourish in their natural environment, or would the overwhelming pressures of the increasing human population in the Kilombero valley become too great to maintain a truly wild area? Our three month biodiversity census would reveal all.

As part of my work for the Kilombero Valley Ornithological Center, we undertook a biodiversity census of the Iluma WMA in Southern Tanzania. Our focus would be on large mammals, birds and herpetofauna. Using a wide range of census techniques, we were able to reveal which animals can be found here.

Our study started in earnest with several key animals sighted. Zebra, warthogs, hartebeest, duikers and baboons were all seen on our first visit to the WMA. We were optimistic that the area was indeed well protected and held the full array of Africa’s savannah fauna. Evidence of other large mammal species in the area quickly became clear too as our camera traps and tracks and signs transects revealed bushpig, aardvark, elephant, buffalo and impala. The area was undoubtedly still home to many mammalian species.

As the surveys continued, our optimism continued to grew as the area closest to the Selous Game Reserve held several other species. Our herpetofauna surveys revealed many lizard and frog species using the range of dry and humid habitats present. Birds were aplenty as numerous large raptor species soared above us, including fish eagles, palm nut vultures and bateleurs, innumerable weaver birds created their nests on the river banks and countless bee-eaters picked off the insects flying above the land. The Kilombero river also appeared in good health with both hippos and Nile crocodiles seeking refuge from the hot sun in fast flowing water. Some evidence of human disturbance in the area was present though, with several fishermen catching catfish and other species, supporting two small fishing villages on the edge of the reserve.

Moreover, our carnivore surveys initially revealed promising signs with hyenas calling in the night, lion tracks and leopard scat present. We were also fortunate to witness a genet, several groups of banded mongoose and a pair of jackals in the area. During our night drives, we also saw an African civet and a small herd of elephants crashing through the long grasses. Clearly, Iluma was supporting some of the most charismatic and important animals associated with African wildlife. However, as the weeks progressed and we surveyed more of the WMA, spotting these majestic animals became increasingly rare.

Further and further from the Kilombero river and the Selous Game Reserve, the state of the protected area was properly revealed. No longer within a short distance of the largest protected area in Tanzania, we were now surveying the permanent residents of Iluma, rather than just those passing through from the Selous. As we started to survey closer to the border of the protected area and nearer the neighbouring villages, we came to realise that the area was not in good health as initially thought. More and more frequently, we began encountering illegal activities and human disturbance instead.

Charcoal poaching was the biggest threat facing the WMA. Each week, we found more and more evidence of local people cutting down trees and converting them into charcoal. Digging large pits and setting them on fire, they were able to create the fuel so critical to African livelihoods. Producing it within a protected area is of course illegal though, meaning we were forced to destroy countless pits and confiscate the charcoal. Furthermore, we found ourselves having to undertake law enforcement, arresting some poachers and reporting them to the police for sentencing. It was sad to see the local people destroying the forests that are so key to so many species!

Production of charcoal was not the only form of human disturbance we encountered either. Fishing within the area was a particular problem, decimating the fish populations; cattle and goat herders were found encroaching on the protected area to feed their livestock; and areas were being cleared with fire. In some parts, the pressures from humans were so strong that the habitat had clearly been altered, reducing the number of species that can survive. Human crops were also being grown, with rice farms and crop gardens aplenty in places. Areas of the WMA were so disturbed that some people had even built houses within the protected area. Iluma evidently needed increased surveillance and more law enforcement to maintain an ecosystem fit for wildlife. All of these activities made us question whether the WMA was in fact a mere paper park: protected on paper only.

Iluma remains in its infancy as a protected area though: Only one year has passed since it was declared a WMA. The boundaries of the park are still greatly unknown to the locals residing in the area, and many are not even aware of its existence. Iluma is clearly still capable of supporting many species, but greater protection, education and surveillance is needed for their long term survival. At present, birds appear to be the taxon in greatest health with a total of 165 different species identified from our surveys. For now, many species are capable of persisting in the area, but for how long? More effective actions must be taken if the area is to continue to provide an effective buffer zone between the agricultural lands of the Kilombero valley and the Selous Game Reserve. 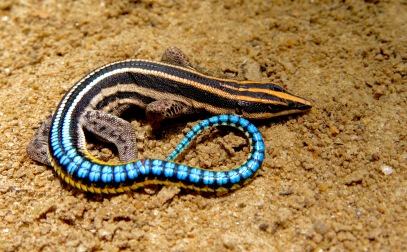 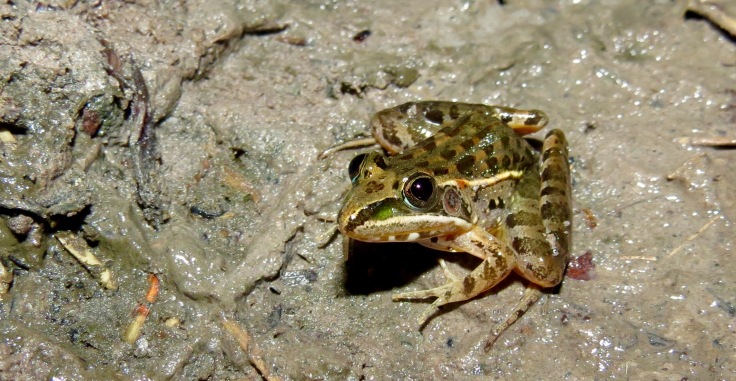 The enchanted forests of Wayqecha 🌳🌿
Introducing the cloud curtain. What happens when you remove cloud from the cloud forest? A giant curtain has been installed at 3000m in the Peruvian Andes to remove fog from the forest. Over the next month, I'll find out how changes in fog formation affects tree carbon metabolism and storage.
I'm back in the forest for more field research. This time I've swapped the lowland rainforest for the mountains. Not a bad view to wake up to each morning.
#LEAFlaunch
How will seedling dynamics change with logging in tropical rainforests? Check out my blog about my recent fieldwork in Borneo as we try to answer this question.
Rainforests play a crucial role in the water cycle with enormous quantities of water recycled into the atmosphere via evapotranspiration. This phenomenon is most visible early in the morning when the temperature is cool enough for mist to form in the air before the tropical sun evaporates it into water vapour. Photo taken during the recent field campaign in Danum Valley.